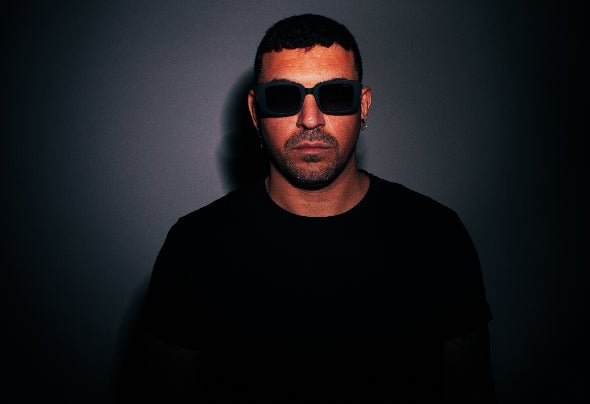 Luigi Madonna has been a standout talent in the electronic music space for well over two decades, loved by audiences and industry peers alike for his magnetic personality both on and off-stage. Absorbing the influences of his native Italy, along with those who have gone before him, Luigi has created a definitive sonic palette founded on stripped-back techno and experimental sensibilities that have rightly earned him his place amongst techno’s elite. Born in the Province of Caserta, Luigi Madonna was raised on the sounds of Louis Vega, Frankie Knuckles and David Morales, playing his first gig aged just 14. As he began to develop his voice and seek a sound to reflect his soul, the rise of minimal techno and its purist qualities struck a chord with Luigi. Inspired by its advocates Richie Hawtin, Jeff Mills, Chris Liebing and Marco Carola, the sound began to infiltrate both his track selection and productions, setting him on a new creative path that would subsequently ignite his career. In more recent years, Luigi has pioneered a nouveau strain of purist techno that still remains tethered to the roots of his early works. Unrelenting in his forward momentum and pursuit of new sounds, his ever-flourishing discography has continued to progress with the times, leading the circuit into new territories with this hypnotic blend of old and new. Now with four full EPs, split records and remixes for Drumcode, in addition to countless releases on staunch labels Second State and REDIMENSION, Luigi has proven himself to be a key contributor to the evolution of techno. Now entering a new chapter in his ongoing evolution as an artist, the Italian native embarks on the launch of his debut label and event initiative, Contempo. Supplying the underground community with a harder and faster strain of techno that hints at nineties revivalism, Luigi’s Contempo records represent a change in pace for his outlet, with an acute focus on analog and modular synthesisers. Luigi's ability to cultivate lasting impressions with international crowds is a testament to a profoundly talented artist who deftly balances a club-friendly sound with the spirit of innovation in everything he does.