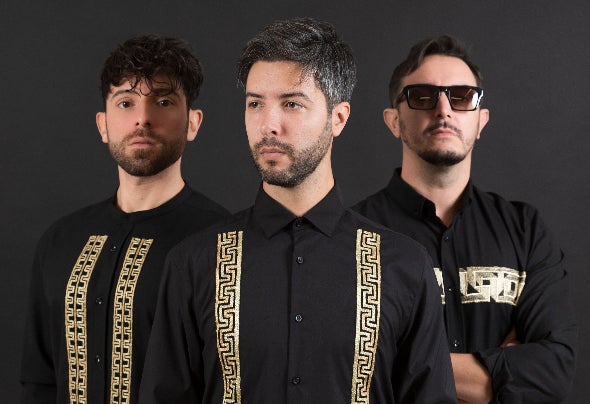 MEDUZA have spent the year leading the charge in returning house music to daytime radio, with great success. Their debut release, ‘Piece Of Your Heart’ featuring Goodboys, has now seen over 2 billion streams globally, reaching double platinum (1.2m units) in the UK alone and peaking at #2 on the Official UK Charts. This trend has followed Meduza globally, with multi Diamond, Platinum and Gold certifications around the world and a GRAMMY nomination. The follow up, ‘Lose Control’ with Goodboys and Becky Hill, has made an unprecedented impact, reaching the UK Top40 in its first week, now notching upward of 2 billion cumulative streams, reaching Gold sales in the UK in less than 4 months and fast approaching double platinum as of now. These headline successes are also bolstered by an impressive catalogue of hand picked remixes for the likes of MK, R+, Dermot Kennedy and John Legend, displaying not only Meduza’s signature sound and energy, but also the raw ability to create a stand out release whenever called upon. The touring diary for Meduza showed an almost insatiable demand for the hottest act in dance music, with Fabric (London), Elrow, TOFFLER (Rotterdam) and Warehouse Project (Manchester) to name but a few key venues and events scaling the globe from Europe, North and South America and Asia to seek out the genre leading Meduza sound. Meduza are set to become one of the most in demand acts when the touring returns.