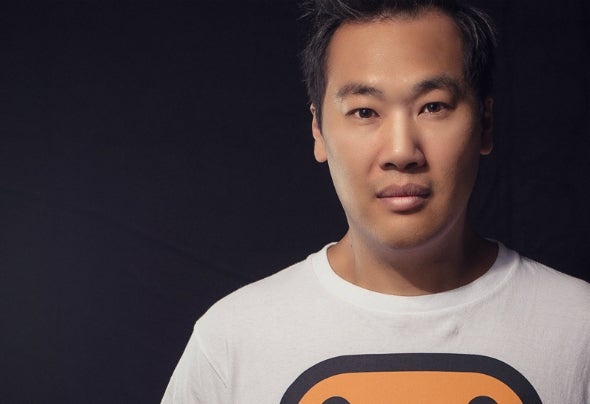 In confusing times like these, where my-house-is-your- house-and-what-the fuck-is-house-anyway, an up-and- coming talent from the lands of the rising sun, driven by passion for deepness and purity of the groove is roaming the cosmos. To gather the true believers on his quest for the lost arch that jack built. --- His heart is filled with motherly love for those that share the same passion, always ready to lead the way and share his knowledge of the healing powers of music. Whether he’s behind the wheels of steel in club land or tweaking the knobs in the studio, for Nhan Solo it’s always about one thing and one thing only: PASSION and ENERGY. --- From shrouded origins he found his way to the Bavarian Lowlands, where he quickly made a name for himself not only as an expressive producer but also a versatile DJ. His exquisite musical taste was only rivaled by his cooking skills and second-degree humor – leaving the crowd dazzled and wanting for more. --- But Nhan Solo is a restless soul, answering the big-city call. After setting up camp in Berlin he continued to refine his craft of creating instant hits. His output exploded and soon some of Europe’s freshest house labels (Mother Recordings, 2DIY4, Nurvous Records NYC, OFF Recordings, Dikso Records) and clubs (LUX, Hive Club, Cookies, Debaser, Kater Holzig) made sure they got their piece of the Nhan Solo experience. --- So what does the future behold for a true funk-warrior? We all know: the future is unwritten but in Nhan’s case one thing is certain. His search for true and meaningful music will never stop because it’s fueled by a love that is made to last forever! ---http://www.nhansolo.com - http://www.twitter.com/NhanSolo - http://www.soundcloud.com/nhan-solo