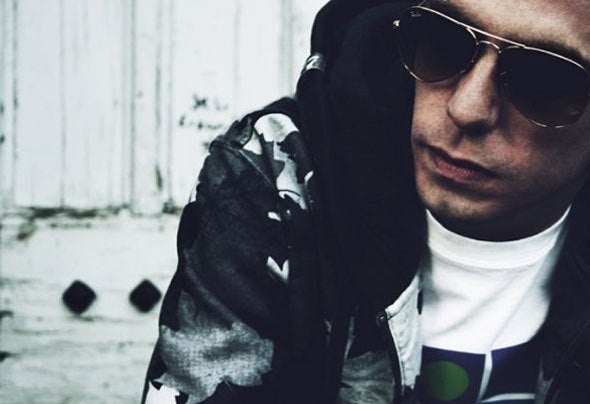 While some of you may not be 100% familiar with the name Original Sin, all will become clear when you realise that this is the new production alias of none other than Adam Tindall, one half of the undisputed kings of Jump Up Drum & Bass, G Dub. If you consider yourself a fan of Drum & Bass then undoubtedly you will have heard of G Dub, the Geordie duo who have been destroying raves with their inimitable blend of rig mashing beats for over half a decade, and it’s thanks to this tireless reputation for crafting straight up club bangers that Adam has become renowned for his outstanding studio skills.Born and bred in Newcastle, Adam was initially drawn to Drum & Bass by the diverse sounds and inspirational production values collectively provided by some of the scene’s most respected names. Albums such as the incredible ‘Platinum Breakz’ compilation from the Metalheadz camp, and Grooverider’s legendary ‘Prototype Years’ album sucked him in and started him on a journey that would see him rise to the very top of the Drum & Bass scene. His love for the music grew and grew until the desire to become more actively involved in the scene took hold and he took up DJing shortly before enrolling himself at Music College.Dedicating all of his spare time to honing his craft, Adam met up with Jake at college, and that’s where the infamous Generation Dub was forged. However, it wasn’t long before the pair realised that Music College, far from teaching them the skills required to create the kind of beats their musical heroes had inspired them with, was actually a pointless pursuit and they both decided to quit to concentrate on their music at home.Adam already had a reputation as an excellent local DJ around Newcastle, including at his own Area 51 events. Using his DJing as an opportunity to road test his tracks and to give them to visiting headliners for feedback, Adam quickly started to get encouragement from the bigger names in the scene, and it wasn’t long before none other than DJ SS snapped up two of G Dub’s early productions for his Reformed imprint.‘Ghost Busters’ and ‘Monster Sound’ were well received, and with this new impetus spurring them on the pair knuckled down in the studio, creating a succession of dancefloor killers that cemented their reputation as one of the hottest new acts around; their reworking of Total Science’s classic ‘Champion Sound’ and ‘Body Snatchers’ on Formation in particular marked G Dub as a name to watch.Of course the successive deal with DJ Hype & Pascal’s immense Ganja imprint proved to be the making of the G Dub franchise, as Adam and Jake’s studio let off more anthems than an Olympic Games opening ceremony and tracks such as ‘Tink Ya Bad?’, ‘Warp Speed’ ‘Forever’ and ‘Beast City’ have collectively smashed up more dancefloors than a specialist nightclub demolition team.From now on however, G Dub is no more and Original Sin is the future for Adam. The ridiculously heavy ‘Don’t Be Silly’ and his remix of Shy FX’s classic Ebony Dubsters track ‘Rah’ have gone a long way to stamping his individual mark on the Drum & Bass scene, and there’s no signs of slowing down.After dividing his time between the UK and Canada, 2009 saw the release of his debut LP ‘Grow Your Wings’ featuring dance floor destroyers such as ‘Pimp Don’t Limp’ and ‘Therapy’. A fierce collection of thirteen tracks, it took Original Sin from the shadow of G-Dub and proved himself once again, as a serious Drum and Bass producer. An integral member of the Playaz crew, Original Sin has exploded on both sides of the Atlantic and continues to experiment with his production and style.Clearly becoming a force to be reckoned with, Original Sin’s imprint Image Muzik Recordings was created in 2010 highlighting his versatility and creativity away from the Playaz brand. Taking the label ownership role into his hands, the Northern producer has been faced few challenges that he couldn’t overcome.Autumn 2011 saw the long awaited release of his ‘Move’ EP which was notable for a distinct change in direction. No longer possible to pigeon hole him as a strictly jump up producer, Original Sin ventured into 140 bpm territory and blew the critics out the water. Still headlining events around the world and doing what he does best, one thing you can certainly say about Original Sin is to expect the unexpected.