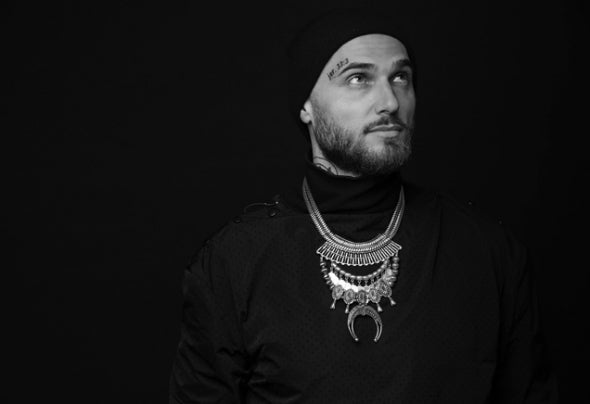 Where there is a stout and strong spiritual power behind the artist’s mind and the bright interest to bring the originality to the music, the uniqueness comes out as an outcome. The Ukrainian artist The Organism is the entire example of what is said: multi-genred, always unpredictable producer with the signature style embracing the best of hypnotic bass vibrations, the exciting vocals, and the mystic ethnic sounds. Starting the career far away in 1999 as DJ Alfred, he managed to come a long way from the young resident of the top venues in Kyiv to the successful sound producer. In 2013 Alfred decided to leave the boring mainstream sounds and started to experiment with the sound attracting young musicians, singers, sound engineers to his productions and started his new alias The Organism. In the end of 2017, his ambitious work has given the first feedbacks from dancefloors guru Solomun. Nowadays The Organism is known far away from Ukraine, his tracks are played at multi-thousand festivals and the best world clubs by such artists as Solomun, Dixon, Ame, DJ Tennis, Dennis Ferrer, Andhim and many others. His track ‘Reflection’ which was out on Disco Halal, entered top 10 of Melodic House & Techno genre only after 10 days of being released receiving support from many DJs worldwide. At the start of 2019 'Rite' EP produced by The Organism together with Disco Halal label honcho Moscoman was highlighted by DJMag and legendary Pete Tong at his radio show on BBC Radio 1. Another 'Gypsy' EP with the splendid remix from Tim Engelhardt released with the Ukrainian imprint Eleatics Records has achieved #25 of the overall Beatport top 100 and #4 of Melodic House & Techno genre, while the original mix of 'Gypsy' has again been supported by Solomun at his Cercle set at Théâtre Antique d'Orange. Being the ambitious artist on all his doings, The Organism’s ears are always open at hearing new sounds, which will not let you stand apart of his music, rather listening and dancing to it. Music vibrations of The Organism are seeping deep inside the heart, that’s music which needs to be known and good to have in the collection.