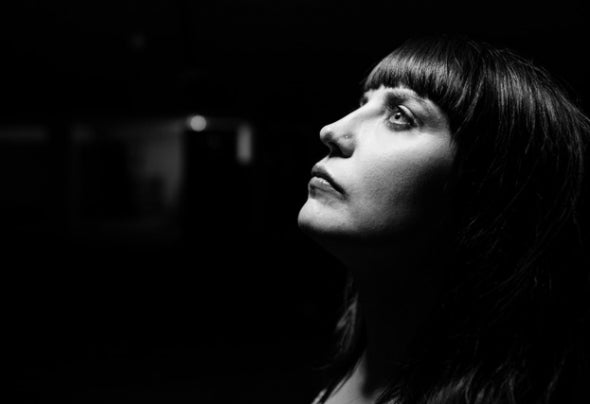 Mizbee is a northern singer/song writer, hailing from Newcastle. At the early age of 17 Mizbee got involved in Newcastle's Drum & Bass scene, MCing at a local club night 'Curves' over Dark Skies (resident) and Temper D (Renegade Hardware, Offkey Recordings) and through that she became resident vocalist at 'The History of Dance' and singing over the sounds of Aphrodite, Nicky Blackmarket 808 State and Total Science. She went on to achieve a residency at Newcastle's largest Drum & Bass night 'Turbulence' improvising live vocals over the likes of Fabio & Grooverider, Ed Rush, Optical and Twisted Individual. She moved to London in 2012 to follow her dream and immediately started working with Jansons on ‘Addiction’ (Lower East) with a best selling remix from MK. Fast forward to 2017 when fellow Geordie Mark Jenkyns got in touch to collaborate, the outcome was ‘Reach for me’ released on Coyu’s imprint Suara with Richy Ahmed & Camelphat on remix duties. She soon became Jenkyns’ go to vocalist, and together they created their signature tune of the summer ‘Sirens’ (Hot Creations) which earned them a number 1 in the house chart and number two in the Beatport top 100. The track was a rm favourite from the likes of Solardo, Jamie Jones, Martinez Brothers, Waff, Richy Ahmed, Ricardo Villalobos and more. The track was blasted out from DC10 all the way to Miami. 2018 saw a second release on Jamie Jones’ Hot Creations with Soul Food and Heated earning a no.9 and no.17 on Beatport respectively. Now in the process of nishing her rst album ‘Here I Am’ and working on a number of exciting new projects. Expect more collaborations and more melodic vibes to come.