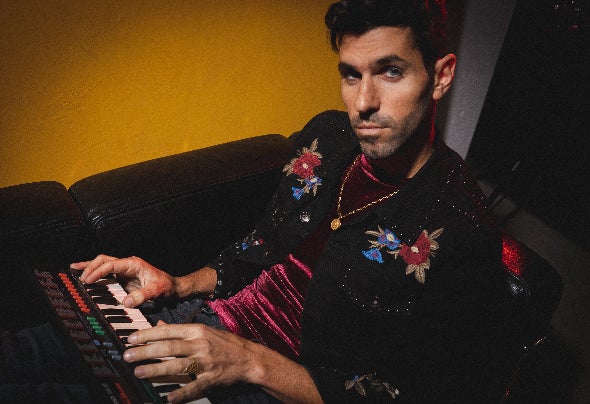 Barcelona DJ/Producer Jaime Algersuari captivates audiences with his heartfelt melodies and attracts prestigious labels worldwide for his releases. In the last 12 months alone, he’s released on notable imprints like Mobilee, Einmusika, Get Physical, All Day I Dream... each track brimming with originality but with a sound that is quintessentially Squire. His remix of Rodriguez Jr. ‘Haussmann’ established him further as a versatile multitalented artist. He approaches music with a full heart and intent focus, whether DJ sets, or the live streams he has been delivering through lockdown (ABRACADABRA, Beatport for Beirut, Patterns On Air), while time in his studio has resulted in two new EPs in Autumn 2020 (Mobilee and Do Not Sit...) and the launch of his own label, Anims (December 2020). DJing since aged 15 in Ibiza, competing with his friends to see whose tracks got the crowd dancing the most, the charismatic artist has jazz in his soul and rhythm in his heart. After a childhood surrounded by music, family trips to the White Isle from age 13 developed his music and his record collection. Whilst displaying consistent style and flair in both life and music, Squire’s sound has evolved, soaking up inspiration from and acknowledging diverse traditions and genres. His music spans melodic house to deep to organic, and while delivering stunning instrumentals and catchy vocal hooks, he wins the support of tastemaker DJs from BLOND:ISH to Dixon. From his previous life as the youngest Formula One racer of his time, his Bridges for Music Paris to Amsterdam bike ride, or his desert track ride through the Sahara, Squire puts his all into every one of his passions. Even in this shadowy time, he shines.