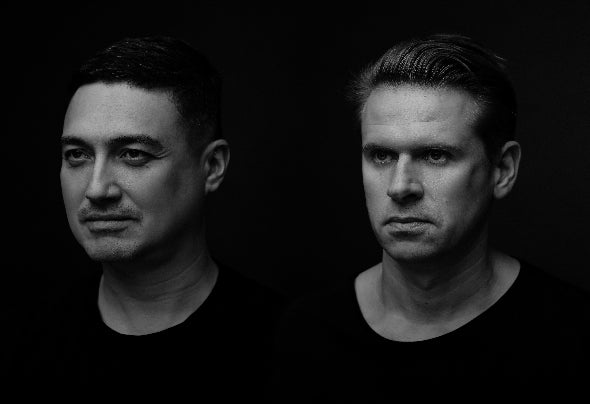 SURFFACE (SWE), DJ-DUO SURFFACE – is a Swedish musical duo marked by the wavy electric sound of the Dark Disco, Melodic Techno, Indie Dance as well as Deep and Progressive House, with some influences of World Music. Pavel Demchenko (Dj Pasha) Pavel is Danish Dj, has been on electronic scene for over 20 years. At the age of 15 he mastered dj mixing technique with vinyl and gradually evolved with progress and technology. He has been playing on raves in Denmark, Sweden and at the exclusive parties of Amsterdam. His sound can be described as techno and deep with elements of progressive and tribal, what ́s today has become a trademark of SURFFACE. AntonTajiev (CONCRETE) Music ambassador and conceptualist CONCRETE is recognized for his entertaining dj-sets but he is also well known as a music agent, mainly for introducing electro clash-oriented Swedish singer-songwriter Jay-Jay Johansson to the Western Europe. Anton is the founder of AIT Music Productions, a tour promoting company that stages rock tours in Scandinavia. From 2017 duo plays at well-known and significant techno events in Stockholm. ‘FF music’ – is the promoter’s face of Surfface under which Anton and Pasha invite for the gigs in Sweden electronic artists from all over the world to perform in Stockholm. In April 2022 FF released their first EP on the Berlin label “Jeahmon!”, the main track Fizerhood was in the tops of charts on Beatport for several weeks. Duo also has a successful release on Dust&Blood label founded by established producer Daemon Jee. Releases: https://linktr.ee/surfface Website: https://surfface-music.com/